Continuity of care and the new GMS contract: a survey of general practitioners in England and Wales

There has been concern that new General Medical Services (GMS) contract ignores interpersonal aspects of care and threatens continuity of care. We report the results of a survey of general practitioners (GPs) in England and Wales that sought to determine how the new GP contract is perceived to affect the provision of continuity of care. The GPs reported that they would be significantly less likely to be able to provide personal continuity of care and management continuity in future. In contrast, the GPs reported that informational continuity across the primary–secondary care interface would be significantly more likely to improve in future.

The new General Medical Services (GMS) contract for British general practitioners (GPs), which took effect from 1 April 2004, aims to encourage and reward the delivery of high-quality care.[1] Key features of the contract are that it focuses on easily measurable disease management outcomes, GPs will be able to ‘opt out’ of certain services for patients, and patients will be registered with practices rather than with a particular doctor. Although the contract secured a majority vote from GPs in June 2003 there has been concern that it ignores interpersonal aspects of care and threatens continuity of care.[2,3]

As part of a larger international survey of GPs about their views on continuity of care we specifically sought to determine how recent and proposed changes in the delivery of health services, including the new GP contract, were perceived to affect the provision of continuity of care by GPs in England and Wales.

Full details of the methods have been reported elsewhere. [4] A random sample of English and Welsh GPs was drawn from a national database in England and Wales. The questionnaire was posted to doctors in spring 2003. The self-administered structured questionnaire was developed from previous survey instruments, [5,6] and included attitude statements measuring the extent to which GPs felt they were able to provide the different types of continuity (personal continuity, and continuity of information and management both within their practice and across boundaries with other services) in their current day-to-day practice,[7] and how recent and proposed changes in the delivery of health services would affect their ability to provide continuity in two years’ time. Participants were asked one open question about continuity of care in modern general practice. These responses were inductively grouped into categories by TS and CT.

The response rate was 60% (568/946). The sample was representative of the population from which it was drawn for age and sex.

The GPs (see Table 1) felt that they would be significantly less likely to be able to provide personal continuity of care and two aspects of management continuity (both the range of health problems managed within their practice, and co-ordination of care within their practice) in two years’ time. In contrast, they felt that they would be better able to provide management continuity and informational continuity of care in relation to care across the primary–secondary care interface. 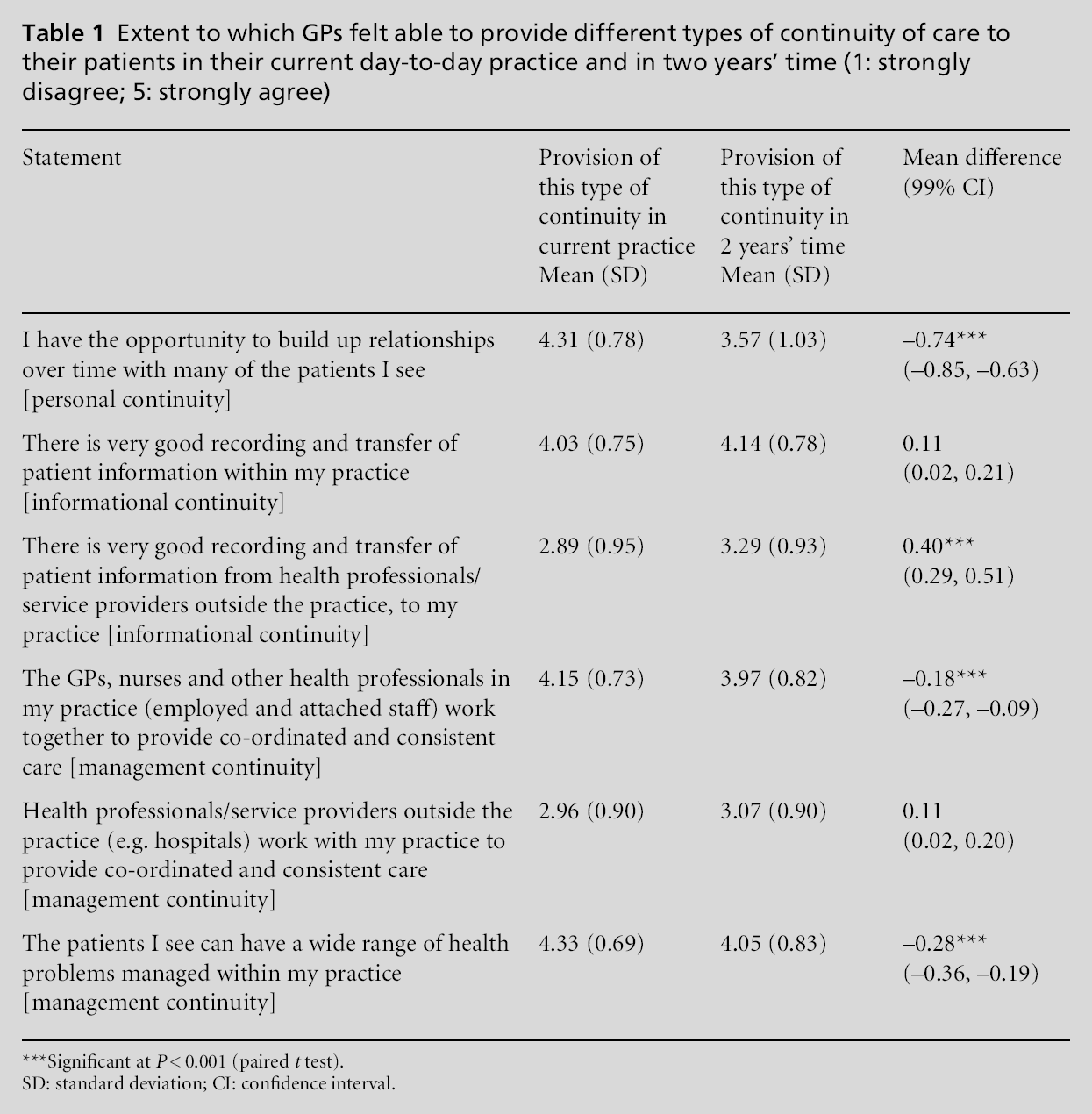 Table 1: Extent to which GPs felt able to provide different types of continuity of care to their patients in their current day-to-day practice and in two years’ time (1: strongly disagree; 5: strongly agree)

These findings were confirmed in an analysis of the free text comments. Personal and management continuity of care were seen as being under threat by the new GP contract:

There will be no ‘personal’ continuity of care in the new GP contract. (GP 546)

Current government policy seems to be designed to destroy continuity of care for management!! (GP 149)

Adequate recording and transfer of patient data certainly reduce the problems of dis-integrated care, but there is a limit to the amount of data that can be effectively recorded and used, e.g. personal knowledge of patients. (GP 129)

This survey shows that GPs in England and Wales see current NHS re-organisational changes, specifically the new GMS contract, as leading to a decline in their ability to provide continuity of care. The survey was carried out at a time (spring 2003) when there was much speculation that the new GP contract would adversely affect the delivery of personal continuity and further research will be required to identify whether the new contract has led to a demonstrable decline in continuity of care.[2]

Personal continuity is still viewed as important by GPs.4 Our findings strongly support calls for the next revision of the GMS contract to reward interpersonal aspects of care, including delivery of care by a professional known to the patient where possible.[8]

We thank the general practitioners from England and Wales who participated in this research. We thank the Organisation Codes Service of the NHS Information Authority for permission to use their database. The survey was supported by a small project grant from the former Department of General Practice and Primary Health Care, University of Leicester.